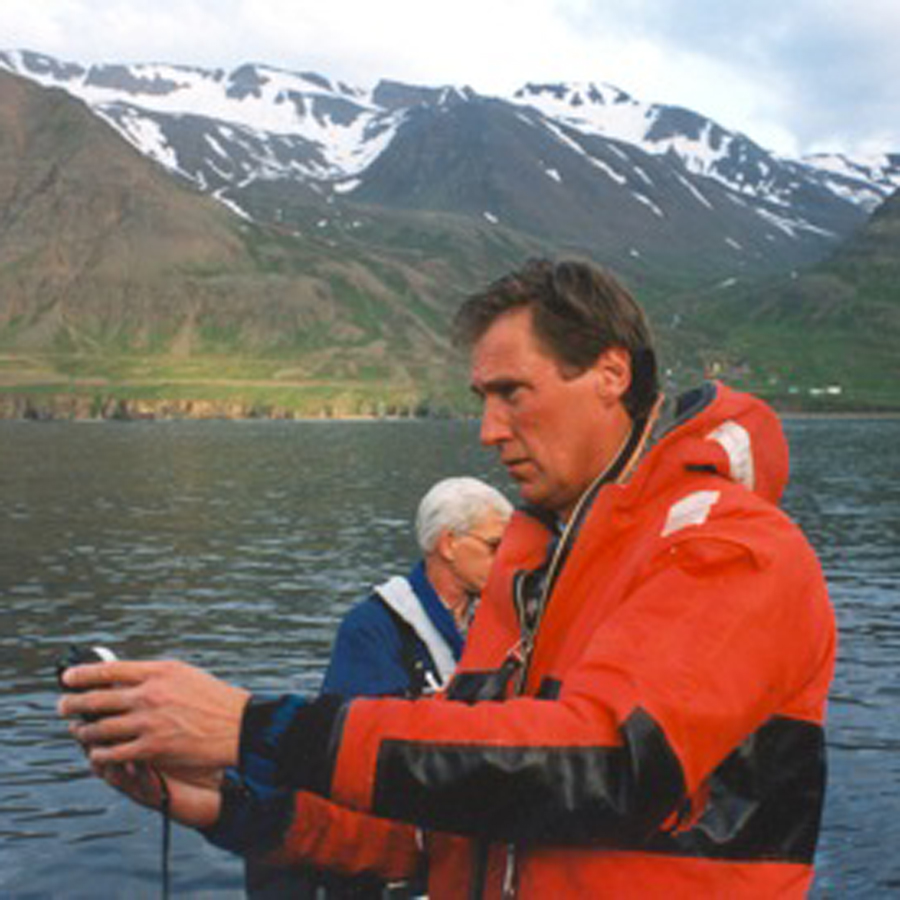 Sigurður Sverrir Pálsson studied in the London School of Film Technique from 1967 until 1968, when he returned to his native country he started to work for the state television RÚV until 1976 as an editor, TV cameraman and producer. Sigurður Sverrir has filmed numerous icelandic films. To mention only a few of his film he has shoot which are Country and sons (Dir. Ágúst Guðmundsson), The outlaw (Dir. Ágúst Guðmundsson), The Beast (Dir. Hilmar Oddson), Remote control (Dir. Óskar Jónsson), Tear of stone (Dir. Hilmar Oddson), Benjamin Dove (Gísli Snær Erlingsson), Maria (Dir. Einar Heimisson), Pearls and swine (Dir. Óskar Jónsson) Ikingut (Dir. Gísli Snær Erlingsson), Cold light (Dir. Hilmar Oddson) og the documentary Passio, A painter's psalm of colours(Dir. Erlendur Sveinsson). Sigurður Sverrir has been widely praised for this cinematography and does that reflect his numerous awards he has received for his work. To mention a few awards which are for example Cultural Awards DV for best cinematography for the film Country and sons and also for the film Give Us this day. In 1996 he received the 'Outstanding Cinematography' awards in Prague International Film Festival, in 2002 he got nominated for EDDA awards for best cinematography for the film Passio, A painter's psalm of colours. For the film Coldlight he won the EDDA's awards for best cinematography and also best cinematography awards of the Verona Film Festival 'Schermi d'Amore'. Sigurður Sverrir currently resides and works in Denmark.