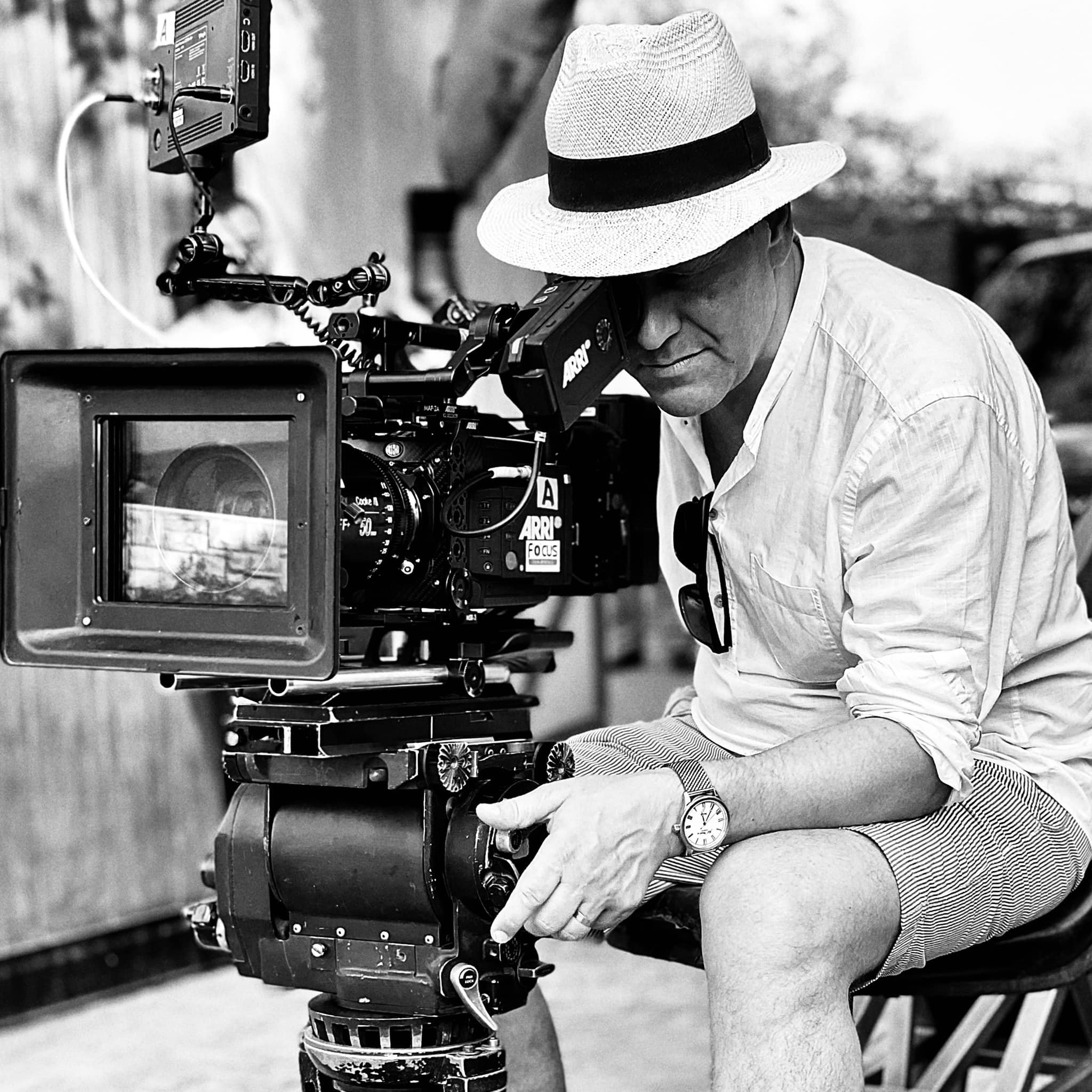 After graduating from the Commercial College of Iceland, Tómas took a year off from studying to try his hand at his hobby, filmmaking. After that he did two years at the University of Iceland as a History major and one year at the University of Copenhagen, where he had the opportunity to specialize his studies toward documentary filmmaking. The future plan was to become a teacher and write, direct, edit and shoot documentaries as a side-hustle. Along with his university studies, he worked in most departments within the film industry, thereby gaining important professional experience, as well as increasing his confidence and interest in working full time as a film maker. Telling a story through a lens had always fascinated him, and finally decided that all other plans would have to be put on hold.
Tómas has worked as a cinematographer for two decades around the world and filmed a large number of features, TV series, art projects, music videos, documentaries and TV commercials, in addition to being a supervisor over the department of cinematography at the Icelandic Film School.
“Stirring cinematography by Tómas Örn Tómasson, who captures the film’s stark Icelandic location with sweep and dazzle”. Los Angeles Times, 30th of Jan 2019
“With the invaluable help of cinematographer Tomas Orn Tomasson … [the director] builds suspense and nerve-frying tension using the basic tools of composition and camera placement.” RollingStone, 30th of Jan 2019.
“The best art of the 21st century” Visitors (2012) by Ragnar Kjartansson. The Guardian, 17th of Sep 2019.
“The rooms are beautifully detailed, and each looks like a dramatic painting — the naturally lit kitchen like a Vermeer, the shadowy hallway more like a Caravaggio.” Nashville Scene, 8th of Feb 2017
“Icelandic DP Tomas Tomasson brings a fresh eye to the visuals, which are not all dust and white stone but include less familiar perspectives.” The Hollywood Reporter, 31st of Jan 2020.